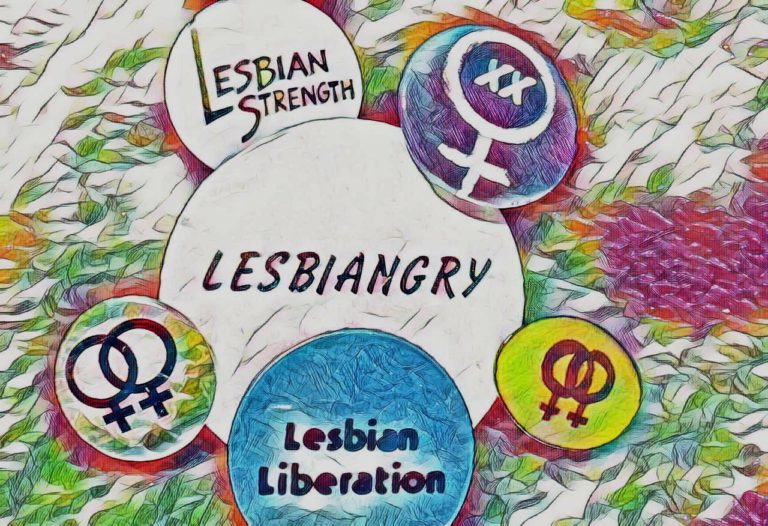 The Lesbian (Rights) Alliance consists of many individual lesbians, lesbian groups and lesbian networks across England and Wales.

Lesbian Equality and Human Rights are under attack from the Transgender Political Lobby.
Since lesbian rights are not being defended by LGBT organisations, we have set up this alliance to defend our rights to:

Schools and young lesbians
Are you aware of what is happening to young lesbians in schools. Here is our position statement on this.

Equality guidance to schools – sexism and homophobia; a statement by the Lesbian Rights Alliance

1.Introduction In our view schools should not be supporting the concept of gender identity or encouraging or supporting children to feel or believe they have a gender identity which is different from their biological sex. The concept of gender identity encourages children to believe that masculine and feminine gender stereotypes are innate, rather than socially constructed, despite the fact that neuro-science has demonstrated categorically that children are not born with ‘pink’ (feminine) or ‘blue’ (masculine) brains.i These ideas of gender identity are having a very negative impact on equality between the sexes and in particular on girls. From early-years education onwards, schools should be encouraging children to play and undertake a variety of activities which challenge gender stereotypes, rather than reinforce them.

2.Tomboys not allowed – the erasure of young lesbians in schools Only a few years ago young girls were allowed to be ‘tomboys’ – have short hair, wear trousers, and undertake games and activities which traditionally have been considered the domain of boys, without being told that they had to change their sex. Many of these young girls defined as lesbians when they reached adolescence. This is no longer allowed.

Transgender training given to schools is telling teachers that these girls are experiencing ‘gender confusion’ and should be assisted or supported to self-identify as boys.

Adolescent young lesbians in schools who do not want to conform to feminine stereotypes (sometimes also labelled as ‘butch’) are being bullied, stigmatised, isolated and pressurised to socially transition, since being a trans boy is now regarded as a more positive and fashionable identity. They may be encouraged by the school and their peers to wear breast binders, which can cause breathing difficulties and other ill effects. They may also be encouraged to seek medical transition, without consulting their parents.

Schools need to inform children and young people that lesbians exist and provide positive images of them from sports and culture. Some children will have lesbian parents and there needs to be school materials and books in classrooms for primary and secondary children that gives positive information about lesbian families.

3.Inadequate programmes on homophobic bullying. Although teaching programmes now exist which challenge homophobic bullying in secondary schools, none of these materials represent young lesbians who reject femininity. The only lesbians shown are those who typically match a stereotypical feminine appearance and are depicted wearing make-up and having long hair.ii

4.Lack of support There is no acknowledgement or support for these young lesbians in schools and no funded youth groups for them outside of school, although there are many funded trans youth groups. We have been in contact with some of these young lesbians, who have told us about the pressures on them to define as men and who would have transitioned if they had not found lesbian feminist groups. We have also been contacted by female detransitioners who now define as lesbian. They deeply regret the harm to their bodies inflicted by sex hormones and having double mastectomies. They question how they were allowed to receive this medical treatment so young.

They tell us if they had been supported in school or by lesbian youth groups they would never have transitioned. Research with young female to male trans has indicated that 95% are same sex attractediii indicating the deep homophobia of the trans agenda. This must now be addressed in guidance to schools.