Read the latest news and stories. 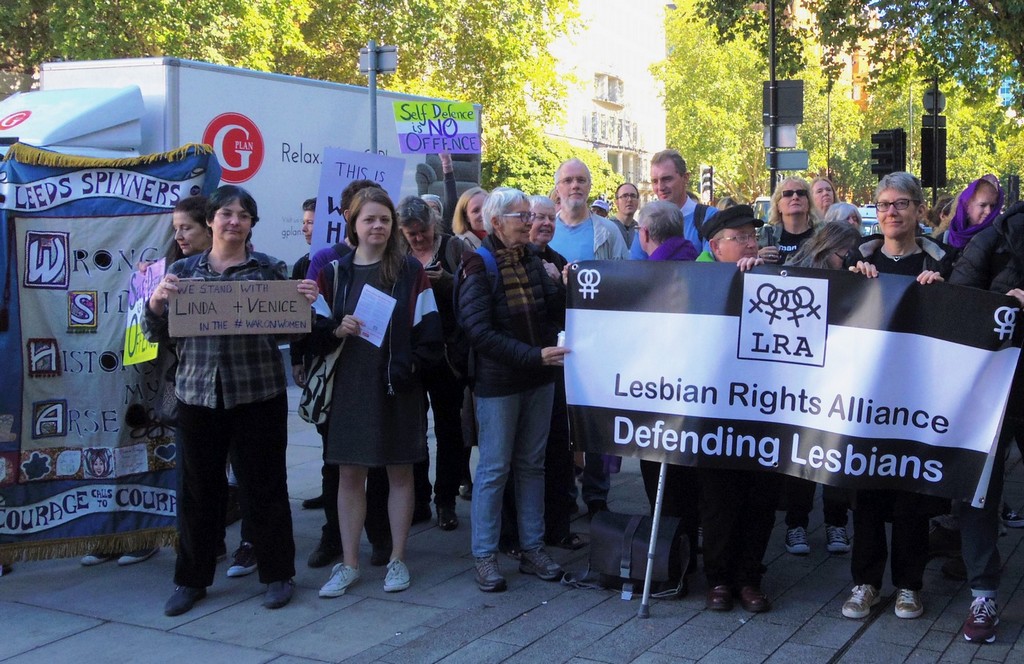 The specific impacts on lesbians of the Gender Recognition Act reforms have been largely overlooked by other women’s groups.

The Lesbian Rights Alliance has done a fact sheet showing what these impacts are and how much they will harm lesbians.

Please use points in this fact sheet to respond to the government consultation survey on proposals to change the Gender Recognition Act.

If you have already filled out the survey please use the fact sheet to write to your MP asking them to defend lesbian legal rights and freedoms when it comes to voting on the reforms.

The impact on lesbians

Sex refers to the biological sex and reproductive differences between males and females – men and women. Sex is determined by chromosomes and cannot be changed. Taking sex hormones makes individuals infertile and only alters some outer physical sex characteristics. Surgery cannot create the genitalia of the opposite sex – it can only construct some resemblance to them, often resulting in considerable permanent physical harm to the individuals involved.

Gender refers to socially constructed characteristics which are socially imposed by different male dominating cultures and which change over place and time – hence the terms ‘gender stereotypes,’ ‘gender non-conforming’ and ‘masculinity and femininity.’

The terms sex and gender are often confused and used interchangeably creating misleading understandings of the differences between sex and gender.

1.Self-Identity and Discrimination against lesbians

What is a lesbian?

The Oxford English Dictionary defines a lesbian as a female homosexual. Homosexuality is defined as sexual attraction only to the same sex. This is therefore the common definition of a lesbian.

Despite the above definition of sexual orientation, LGBT organisations such as Stonewall have illegally redefined homosexuality to mean ‘ attraction to the same gender’ rather than the same sex. i

This illegal redefinition means that some males self-identify as lesbians in order to demand that lesbians have sex with them, (the cotton ceiling). When lesbians refuse they are labelled ‘transphobic’ and are subjected to hostile hate speech E.g.’ punch a terf’, ‘rape a terf.’ ‘suck my lesbian dick,’ etc. LGBT organisations who adopt this definition are therefore inciting hate crime against lesbians. Over 80% of the men who claim to be lesbians retain their penises and are heterosexual. They are enforcing heterosexuality on lesbians.

A majority of lesbian dating sites allow men who self-identify as lesbians on their sites. Women who complain and reject these men as lesbians are labelled ‘transphobic’ and banned from using the sites. In effect these dating sites are also enforcing heterosexuality, and discriminating against lesbians.

2.Self-identity and the erasure of young lesbians

Tomboys not allowed. Only a few years ago it was acceptable in schools for young girls to be tomboys and reject feminine gender stereotypes. They were able to have short hair, wear trousers and engage in activities traditionally considered to be the domain of boys. However the impact of transgender teaching interventions in nursery, primary and secondary schools has convinced many schools that gender stereotypes are not socially constructed but are fixed in the brain The consequence of this is that girls who reject conventional femininity at school can be viewed as boys born in the wrong body. In some primary schools girls who reject feminine stereotypes are encouraged to self-identify as boys and socially transition. ii

Research from Holland shows that the vast majority of these girls (95%) by the time they reach puberty regard themselves as same sex attracted and are therefore in fact lesbians. iii With the onset of puberty they can be given harmful puberty blockers which halt brain development and which invariably lead to further medical transition, such as sex hormones and eventually unnecessary breast mutilation.

Alongside this there has been an increasing rise of teenage young women seeking assistance at gender identity clinics for adolescents. This has been labelled as ‘rapid onset dysphoria.’ Whereas a few years ago teenage girls wishing to transition were a small minority, in 2017-2018 this number has risen to 72% and involves nearly 2000 young women. This is an increase of over 4000% of female adolescents seeking to transition, over the last eight years.

It is now known that many of these gender non-conforming teenage girls initially came out as lesbians at school, but relentless stigmatisation involving misogynistic homophobic bullying, iv (not dealt with by schools) has meant instead that they are encouraged to seek advice on transitioning. This is illustrated in one published account by a young woman in the UK now calling herself Alex Bertie, who said:

‘I was known as the weird lesbian girl and nobody would speak to me and suddenly it was just really hard, because I’d never found it difficult to make friends really…my sexuality tainted their perception of me entirely,’ v

In her own book Alex Bertie describes being referred by a school councillor to a transgender organisation, when she reported the homophobic bullying, rather than being positively supported by the school to be a lesbian. vi.

Recent US research has also shown that homophobic bullying and social contagion amongst friendship groups of young women who use trans online youth forums are pressuring young lesbians to self-identify as ‘transmen.’ vii . On these sites they are encouraged to rewrite their own biographies to say ‘they always knew they were really a boy born in the wrong body,’ and to say ‘they will attempt suicide’ if they do not get medical treatment, thus contributing to the distortion of suicide statistics for young females who decide to trans.

The Lesbian Rights Alliance has also received letters from concerned parents about lesbian daughters who get caught up in this social contagion and decide to transition.

In the UK therapists engaging with these young people are not allowed to question this self- identification, but are only expected to confirm it.

Allowing self-identification to be accepted as a legal means of changing sex, ideologically encourages young lesbians to redefine themselves as ‘trans-men’ and to subject themselves to irreversible medical transition, which later as more mature adults they frequently regret. This is illustrated in international research on adult female detransitioners viii

Female only facilities such as toilets, changing rooms, swimming facilities, prisons and hospital wards are essential to lesbian women to preserve our privacy, dignity and integrity as well as our personal safety. It is now well known that many men who self-identify as women do so only to access to female only facilities and services in order to sexually abuse women and girls and for their own sexual gratification. A Sunday Times survey showed that 90% of sexual assaults in Leisure Centres occur in gender-neutral facilities, compared to 10% in single sex facilities ix The risks to females of allowing men who are legally self-identified as women into these facilities is therefore considerable.

Female only services are also particularly important to lesbians, for example for older lesbians in relation to personal and residential care. Older Lesbians do not want to be placed in mixed sex residential homes, or to be looked after by men who transgender.

4.The destruction of lesbian culture

However the destruction of female only spaces and removing any resources for lesbians specifically to meet up as lesbians is also harming lesbian culture and therefore the integrity of lesbians as a distinct cultural group. For example, assimilation of lesbians into LGBT groups where they are expected to identify as queer and accept men as sexual partners is akin to cultural genocide as laid down in the United Nations declaration of Human Rights Article 7.

The Gender Recognition Act should remain as it is. Any legal change towards self-declaration as the opposite sex would be extremely harmful to all women and lesbians in particular, for the reasons highlighted above.
The Law on sex as a protected characteristic where various exceptions apply needs to be strengthened. Organisations should not have to prove that the exclusion of transgender persons to single sex facilities, spaces or services is proportionate.

There should be no change to the language used in the Gender Recognition Act or in the Equality Act (2010) in terms of the protected characteristics. For example the term ‘gender’ should not be substituted for the term ‘sex’. Nor should the term ‘sex’ be used to describe gender reassignment, because actual sex change is impossible.

Teaching on Gender Identity and Transgenderism should not be allowed in schools. It serves merely to promote transgender propaganda which is homophobic, sexist and not based on any scientific evidence. Schools should instead be challenging socially constructed gender stereotypes in their policies and practices, rather than encouraging pupils to socially change sex. There should be teaching on sexuality in schools and positive recognition of lesbian and gay sexual orientation.

Positive support for young lesbians, e.g. lesbian youth groups in different geographic areas and main cities should be funded by the state. There should also be funding to support lesbian culture, specifically, rather than forcing us to assimilate into LGBT queer culture. 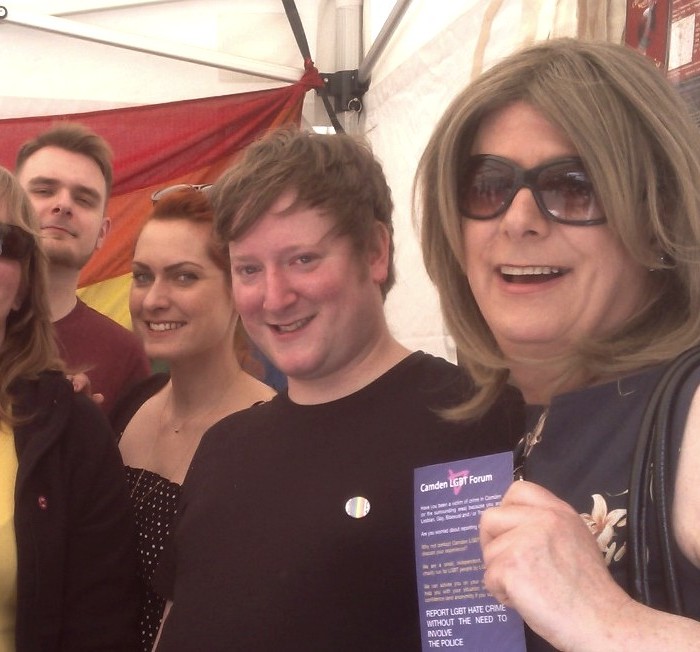