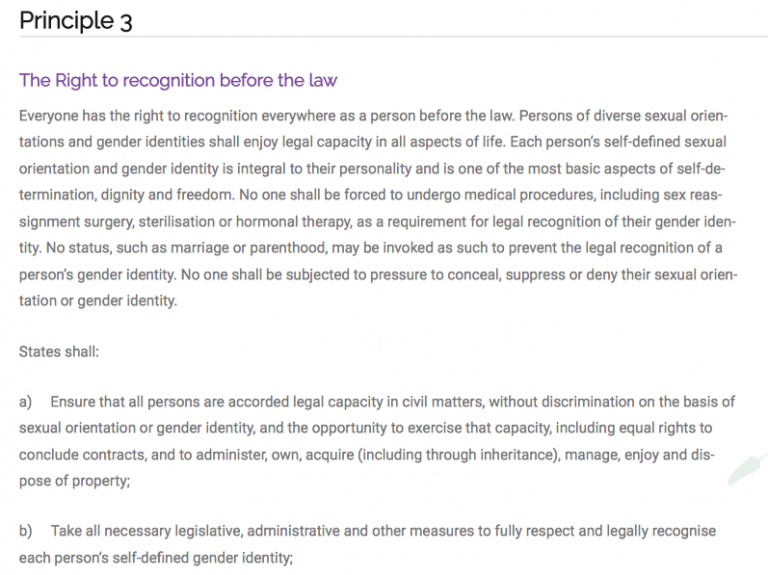 Robert Wintemute, Professor of Human Rights Law at Kings College London, is an expert on anti-discrimination law and sexual orientation law, and was one of the co-authors of the influential “Yogyakarta Principles”.

He now says the international human rights community got it wrong in merging lesbian and gay rights with the idea of a right to have “gender identity” replace sex.

The Yogyakarta principles, developed in 2006  built on the UK’s Gender Recognition Act, presenting it as international best practice. Principle 3 argues for a right to have gender identity replace sex on all identity documents and in all situations.

Appeared first in The Critic.

Submission to the Government Consultation on Toilets