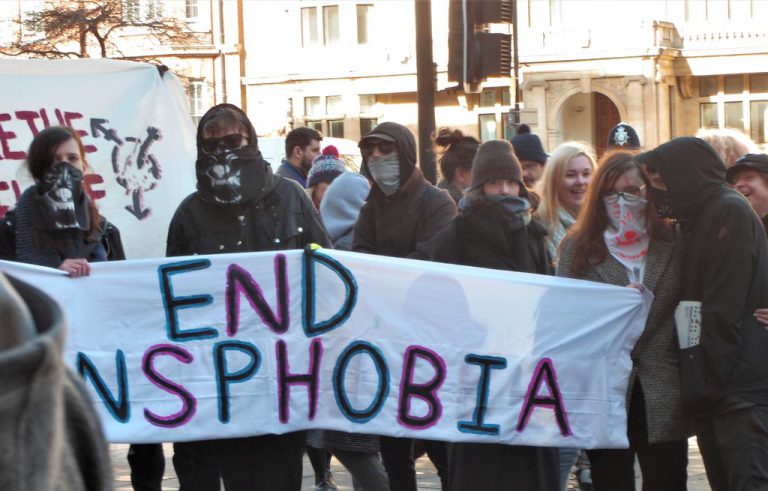 How hard is it for women to talk freely about sex, gender and the law? Not very, I used to think. I’d heard about a few no-platforming incidents on campuses, where speakers including Germaine Greer were blocked from appearing because of their views. What I hadn’t realised was just how far the problem has spread. In the past few months, I’ve discovered firsthand that political debate is narrowing for everyone — and that fear and intimidation are being used increasingly to curtail free speech.

I am one of a small group of women who get together to discuss proposed changes in the law on sex and gender. We’re called Woman’s Place UK. But because of the content of our discussions, certain activists want us closed down. They’re doing their best to make it happen. The managers of the venues we book are harassed, our attendees are abused, our organisers are threatened. For our most recent meeting, held in London last week, we had to disclose the location only a few hours before it started, just to be safe.

And it’s all because we want to ask questions about changes which could have serious consequences for us as women, for our children, and for society as a whole. We want to talk about gender and the differences between men and women, and whether or not the law should be rewritten to allow people to change their legal sex more easily. The government says it is committed to making ‘self-identification’ easier. That means whether you are legally male or female is purely a matter of choice. It would be nothing to do with your biology or your socialisation. At present, there are rules: to designate yourself female you need to live as a woman for at least two years and have your transition confirmed by a doctor. Some see this as unreasonable, and object to having what they see as a matter of personal identity ‘medicalised’.

Read Full Article in the Spectator