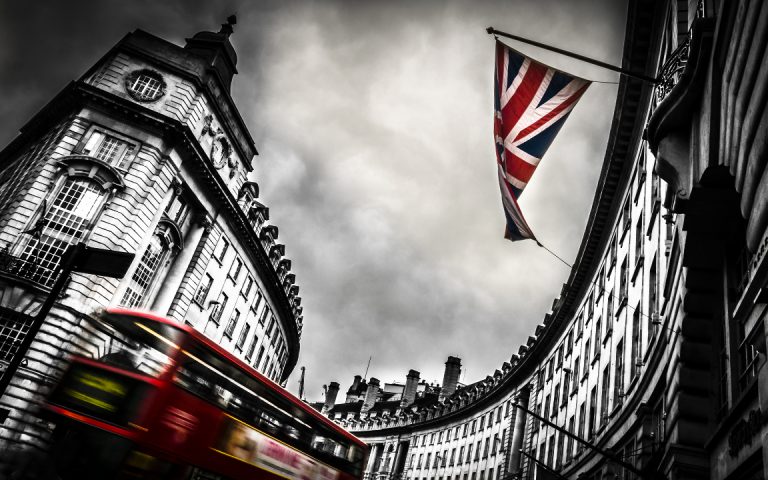 The GRA legislation provides a mechanism to allow trans people to obtain recognition for all legal purposes to their preferred gender role (man/woman). There are 4 elements that require compliance to succeed in an application:

1. Been living permanently in their preferred gender role for at least 2 years, and,

2. Have been under medical supervision and assessed as having gender dypshoria, now or in the past and,

3.  Are currently unmarried and,

4. Are able to declare that they intend to live permanently in their new gender  role for the remainder of their life.

There is a requirement to have a psychiatric or psychologists report that a person has or  had gender dysphoria.

Currently the Law as it stands

The Act does not require a trans person to have already undergone previous hormone therapies or surgery (though most applicants will have). But the Gender Recognition Panel will look for evidence of  intention to undertake hormone therapy in the future as soon as a place comes up for clinical assessment and treatment.

There is no requirement that you undergo genital reconstruction surgery, but unless for reasons of health, again it is not a good idea to simply say you do not want it. Better to state that you intend to have it in the future when the surgical waiting list has spaces.

Generally they do not require trans men to have genital reconstruction because of its potential complications.

In 2016, the Women and Equalities Committee headed by Maria Miller published a review of the Gender Recognition Act 2004 as its first review and made recommendations for its review despite serious concerns from professional bodies voluntary organisations and individuals that the proposed system for self identifying ones ‘gender’ making the process of obtaining a gender recognition certificate easier.

This will lead to a 100 fold increase (Gov estimates up to 5ook trans people in UK) of people eventually changing their sex marker on birth certificates and passport. As biology is always the underlining marker in gender identity with respect to other Acts and rights other people hold, especially women and children, there are moves to remove biological references to it.

Trans people are able to receive legal recognition of their acquired gender through a process set out in the Gender Recognition Act (GRA) 2004. Since the GRA came into force, only 4,910 people have legally changed their gender. This is fewer than the number of trans respondents to the government’s LGBT survey, who were clear that they wanted legal recognition but had not applied because they found the current process too bureaucratic, expensive and intrusive. The government therefore seeks your views on how to reform the legal recognition process.

The consultation focuses on the Gender Recognition Act 2004. We are not proposing any amendments to the Equality Act 2010.

This consultation does not consider the question of whether trans people exist, whether they have the right to legally change their gender, or whether it is right for a person of any age to identify with another gender, or with no gender. Trans and non-binary people are members of our society and should be treated with respect. Trans people already have the right to legally change their gender, and there is no suggestion of this right being removed. This consultation simply asks how best government might make the existing process under the Gender Recognition Act a better service for those trans and non-binary people who wish to use it.

The consultation on reforming the Gender Recognition Act gives us all a chance to speak up for trans rights. Trans people’s voices must be front and centre, but you don’t have to be trans or an ‘expert’ to respond. Progress on trans equality is crucial to progress on LGBT equality. That’s why we all need to show our support.

There are 21 questions in the full consultation. We’ve shared some tips for responding to seven of the questions that are most critical to the priorities for reform set out in A Vision For Change.

If you are a trans person, please tell us what having a Gender Recognition Certificate means or would mean to you?

You only need to fill this in if you are trans or non-binary.

Do you think there should be a requirement in the future for a diagnosis of gender dysphoria? Please answer YES or NO. Please explain the reasons for your answer.

The current process to get a Gender Recognition Certificate is long, complicated, costly and medicalised. A diagnosis of gender dysphoria positions being trans as a medical condition, which is dehumanising and demeaning and puts many trans people off applying. That’s why we would answer NO to this question.

Do you also think there should be a requirement for a report detailing treatment received? Please answer YES or NO. Please explain the reasons for your answer.

Requiring medical treatment reports as part of the process of applying for a Gender Recognition Act reinforces a medicalised view of being trans, which does not reflect most trans people’s experience. It should not be up to a medical professional to decide whether someone is ‘trans enough’. It is another intrusive and dehumanising factor about the current process that puts people off applying. That’s why we would answer NO to this question.

Do you agree that an applicant should have to provide evidence that they have lived in their acquired gender for a period of time before applying? Please answer YES or NO. Please explain the reasons for your answer.

Currently trans people have to provide evidence of living in their ‘acquired gender’ for two years as part of the process for applying for a Gender Recognition Certificate. It is another example of trans people having to prove that they are ‘trans enough’, which is dehumanising and puts trans people off applying. That’s why we would answer NO to this question.

Instead, we would like to see a simple administrative process based on self-determination in line with best practice in other countries, such as Ireland, Malta, Argentina and Norway. With self-determination, a trans person does not need to be diagnosed with a medical condition or prove themselves as ‘trans enough’.

The Government is keen to understand more about the spousal consent provisions for married persons in the GRA. Do you agree with the current provisions? Please answer YES or NO. Please explain the reasons for your answer.

If a trans person is married, the current law allows their spouse to block their application for gender recognition. This denies trans people in this situation the right to determine their own gender identity. That’s why we would answer NO to this question.

Instead, we would like to see a system that enables a trans person to get a gender recognition certificate without needing the permission of their spouse.

Is there anything you want to tell us about how the current process of applying for a Gender Recognition Certificate affects those who have a protected characteristic?

There are nine ‘protected characteristics’ – including age, disability, pregnancy and maternity, race, religion and sexual orientation – which are listed in the Equality Act 2010. This Act protects people from being discriminated against on the basis of any of these characteristics.

This question allows anyone to explain how the current gender recognition process impacts on them because of other parts of their identity.

We’re urging people to use this question to raise the issue that trans people aged under 18 cannot apply for a Gender Recognition Certificate.

Trans young people and their parents say this can be incredibly damaging, leading to young people being outed or mis-gendered. We believe 16 and 17 year-olds should have the same access to recognition, helping those starting full-time work or further education in their true gender. And we want to see a recognition process for under-16s incorporating parental consent.

We recommend young trans people and their families share their experiences of the barriers currently faced due to this lack of recognition.

Currently, UK law does not recognise any gender other than male or female. Do you think that there need to be changes to the Gender Recognition Act to accommodate individuals who identify as non-binary? Please answer YES or NO. If you would like to, please expand on your answer.

Currently you can only be legally recognised as male or female. This does not work for non-binary people. This means a large group of people face inequalities and discrimination because their identity is not recognised in law. That’s why we would answer YES to this question.

Instead, we would like to see legal recognition for non-binary people.

For hundreds of years, laws were made on the basis of sex. Laws were passed that said male people and female people were different and should be treated differently.

There is also a law, called the Gender Recognition Act, that allows someone to change their sex in the eyes of the law. While the law can change someone’s sex on paper, it doesn’t mean someone has actually changed their biological sex. This is impossible. Most people don’t know this, but you don’t need to make any physical change to your body to be able to legally change sex. So a person can be a “trans woman” and be seen by the law as female, but still have a penis and all the other parts of a male anatomy. No one knows for sure how many trans women keep their penis, but there are less than 10 NHS surgeons who can carry out the relevant operation. Transgender organisations estimate that only 5-20% of trans people have any medical intervention at all. Quite a lot of transwomen have male genitals.

That matters a lot to some women. They want to keep the legal right to say No to being in an intimate, vulnerable place with people who — whatever they’re callled — have male bodies.

The government is consulting on a change in the law that would make it even easier for someone to change the sex on their birth certificate. They might remove any medical check from the process, so that anyone could legally change sex purely on their own say-so. Anyone with that male anatomy could get legal access to women-only spaces, just by saying “I am a woman now”. If you’ve heard the phrase “trans women are women” this is what it means: any man can be legally recognised as a woman, just because they want to be. That means if will be easier for them to get access to women’s spaces and women’s legal rights.  That means women’s rights don’t mean anything any more.