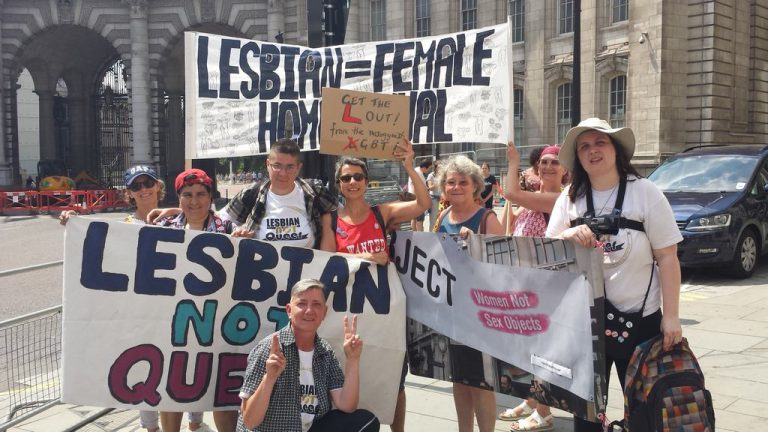 Lesbians have accused Stonewall, the gay rights organisation, of erasing biological women by saying that male-bodied persons with penises can be lesbians.
The Lesbian Rights Alliance (LRA) has sent an open letter to Stonewall demanding that it take the L out of LGBTQ because it makes lesbians invisible and erases lesbians through its promotion of the Trans Agenda.

The 135 signatories say that Stonewall supports the absurd idea that male-bodied persons with penises can be lesbians.

Read Full Article in the Times